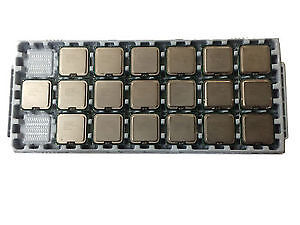 What You Need to Know About Intel Xeon Processors

If you are having problems booting your computer, it may be time to look into replacing its processor. Xeon processors are CPUs that are manufactured and marketed by the Intel corporation. In addition to their multiprocessing functionality, these CPUs typically have a larger cache size than many other types of processors that are on the market, and this makes them used by gamers, system administrators, and other users who frequently deploy the more advanced features of their computer systems.

What does a Xeon processor do?

Think of your Xeon processor as your computer’s central control panel. Its logic circuitry executes the stored code that allows your computer to function and respond to your instructions. Elements inside the processor carry out four basic sets of functions:

What is a dual-core processor?

Dual-core processors like the Intel Xeon contain two execution cores within the same piece of logic circuitry. Each of these execution cores has its own random access memory and controller. However, the two cores are engineered to work synergistically, which enhances the speed of the whole system. Intel combines these two execution cores onto a single silicon chip.

When is it time to upgrade or replace your CPU?

Even a robust CPU is not engineered to last forever. If your computer continually overheats, or if you try to use your computer to perform functions it was not designed to perform, you may begin to experience issues with your computer’s processor. Here are some signs that it may be time to consider installing a new Intel Xeon:

These signs can also be the result of issues with other computer components too, so it is important to run a thorough diagnostic check before you assume that a processor replacement is needed.