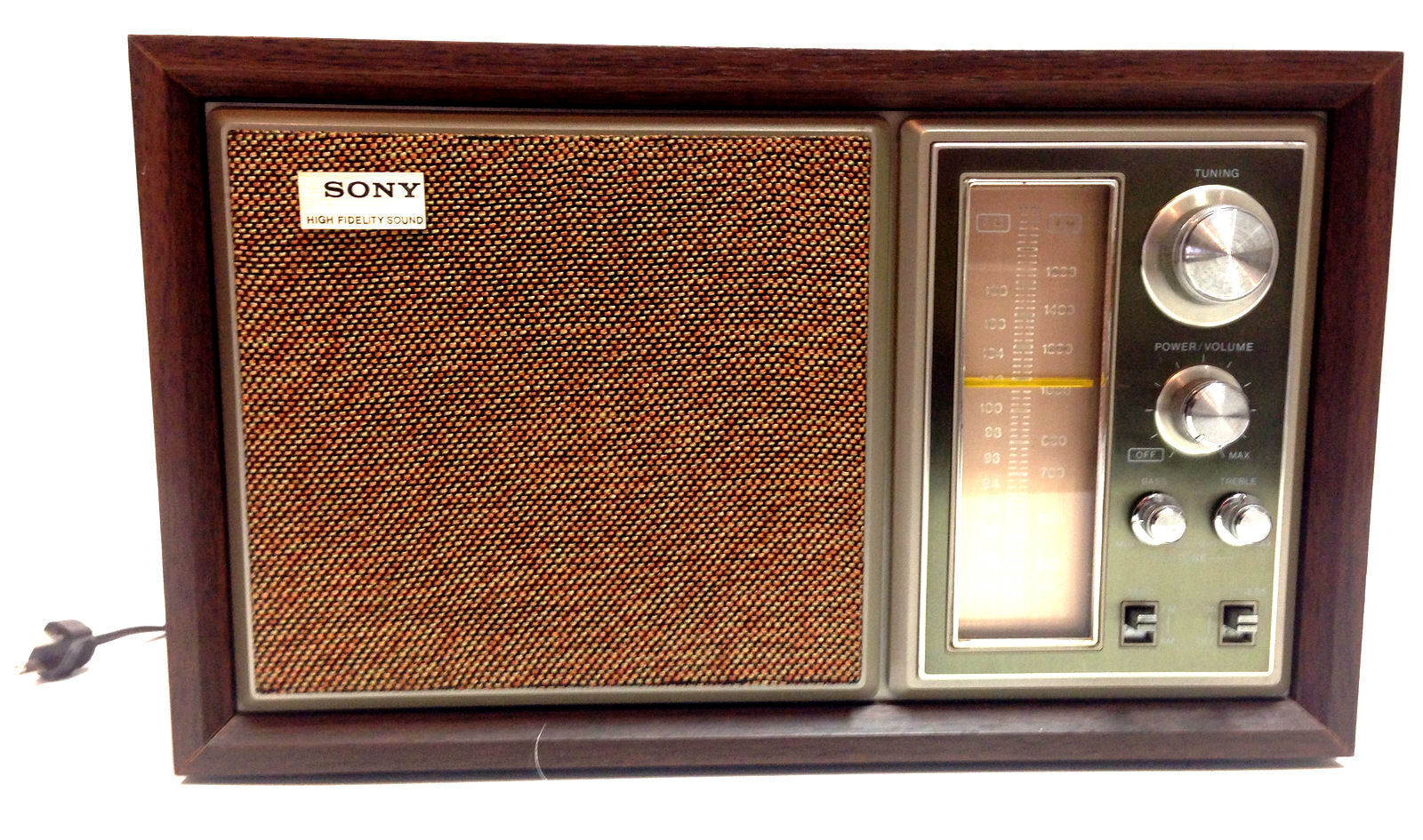 Vintage Sony radios are reliable electronics known for their crisp, clear sound and cool retro aesthetic. Working radios and model radios from Sony can be great conversation pieces for guests as well as help to tie a room together. Available in both portable radio and stationary varieties, Sony radios are a great choice for anyone who might be needing a way to listen to music without the use of a computer, or just for collections sake and the joy of owning a piece of Sony history.

How old are most vintage radios?

The title of "vintage radio" covers electronic devices from several decades. As such, there arent any permanent criteria for what qualifies as sufficiently vintage or antique. The majority of what collectors and experts consider to be an antique radio would be anything 50 years or older, typically made around the time of World War II. In the case of Sony, their radios date as far back as 1955.

What kind of radios are considered to be vintage?

The criteria for what is considered to be a "vintage radio" is not set in stone, with various examples spanning the decades between 1920 and 1960. However, the three major types of radios most experts would consider to fit the designation of vintage are crystal radios, vacuum tube radios, and transistor radios. In terms of Sony radios, the radios most prized by vintage radio collectors are those made before the 1960s.

The Sony corporation is known for manufacturing transistor radios, which were created near the beginning of the 1950s. These types of radios were admired for their smaller size compared to those that came before, their increased durability, and how much more efficient and powerful the connection strength and quality were. Their first model of transistor radio was known as the TR-55, created in 1955 as the first officially branded Sony product on the market despite the company not formally transitioning to the name Sony until 1958.

Many of the original vintage Sony radios are small enough to be taken anywhere and could be considered a portable radio. Even the TR-55, the original Sony radio, weighed just barely over 1 lb. and was only 4-1/2 feet long. Because of the lightweight materials and the small, yet durable, construction on many of the early transistor radios Sony created, it was easier than ever before to transport a Sony radio to different locations.