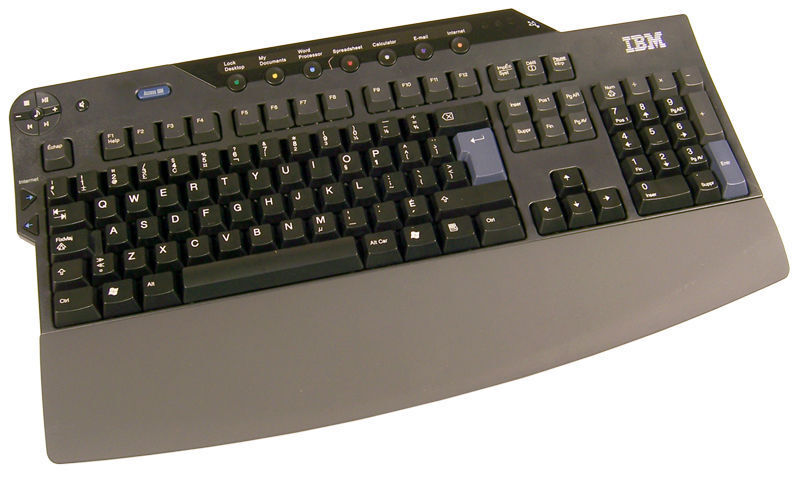 What You Need to Know About Selecting IBM Computer Keyboards

Computer keyboards make everyday activities like the entry of text or numbers for emailing, doing data entry, and searching the internet possible. IBM computer keyboards are available in a range of types and with different language characters. They come in a variety of sizes and styles for use with compatible desktop or laptop computers.

What are the different models of IBM keyboards for computers?Which language characters are available on IBM keyboards?

What are some of the features of IBM keyboards?What are the interface options for IBM models of keyboards?

The interface options for connecting the product to a tower, desktop, or laptop include:

What are the available colors of IBM keyboards for computers?

These keyboards are available in off-white, tan, black, silver, and gray. They are also available in vivid colors such as pink, red, and blue. The letters, symbols, or numbers on the keys are typically printed in a contrasting color for ease of visibility. On some of the products, the layout features different colors for some sections of keys. The numeric keypad or the function keys may be of a different color than the QWERTY section.

Content provided for informational purposes only. eBay is not affiliated with or endorsed by IBM.