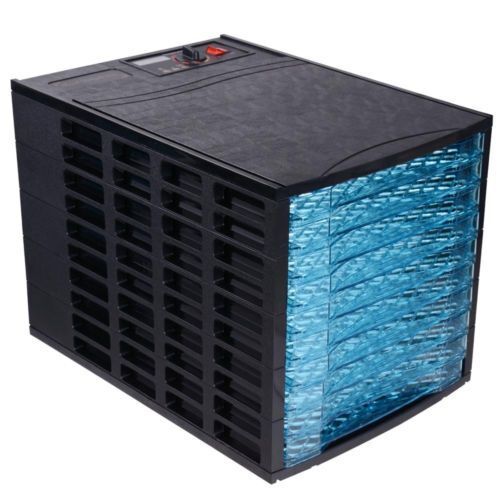 A food dehydrator is a handy appliance that lets you preserve fruit, vegetable, and meat products for later use. Jerky and other dried food can provide a healthy snack on the go. It can also be kept for use in soups, pies, and other dishes.

How does a food dehydrator work?

An electric food dehydrator extracts the moisture from foods by the use of hot air. It has four basic components.

A solar food dryer has the same function, but it uses passive solar heat to produce jerky and dried fruit and vegetables. Most solar food dryers do not have fans, but they are vented and use trays.

What are the best foods to dehydrate?

You can dehydrate almost any fruit, vegetable, or meat. Fruits that have an extremely high water content, like watermelon, are poor candidates for the dryer. This is because there is so little solid matter left after the water has been extracted.

Some examples of fruit that dries well in a dehydrator include:

Good vegetable choices for a dryer include:

Jerky is a great snack, and it is easy to make in a food dehydrator. Beef jerky is probably the most familiar choice, but consider these other tasty options.

How do you make beef jerky in a dehydrator?